When award-winning author Judith Nies attended a glamorous movie-star event in Phoenix in 1982, she thought it was a celebration of the ancient culture of the Hopi Indians. Why, she wondered, did the reception include the executives of some of the largest mining, construction, and utility corporations in America?

Ten years earlier, as a young congressional staffer, she had watched Congress divide up between the Hopi and Navajo 4,000 square miles on Black Mesa, Arizona, lands that held the richest untouched coal deposit in the United States. Soon 15,000 Navajo were being relocated, and 21 billion tons of coal were being strip-mined to provide air conditioning for Los Angeles, water to Phoenix, and neon for Las Vegas.

In the intervening years, she followed the money that flowed from Black Mesa and witnessed long-term drought, temperatures up, and water supplies down. The result is that today California has the first mandatory water reduction laws in history, Las Vegas is talking about sustainability, and the word "drought" has taken on new meaning in the
West.

Las Vegas has much to teach us in an era of climate change: "Just the Right Amount of Wrong" has changed to "Las Vegas is us." The desert city may still attract 39 million visitors a year, but tourists don’t see the astonishing drop in the water level of Lake Mead, or follow the route of “the new Chinatown,” a proposed multi-billion dollar water project from mountain valleys 200-miles north. The same mining and construction companies of Black Mesa operate globally and are spending millions to convince us that climate change isn’t happening and coal can be “clean.” But the mirage of limitless supply is dissolving. UNREAL CITY poses crucial questions about our gambling habits in the age of limits.

Available as hardback and e-book

Award-winning historian and journalist Judith Nies knows how the West was won, and valor and integrity didn’t have much to do with it. . . a riveting exposé of corruption, immorality and greed on a grand scale.
UNREAL CITY NAMED SOUTHWEST BOOK OF THE YEAR
Helene Woodhams, Coordinator of Southwest Books of the Year, Pima County Library


“A tough-minded account of Las Vegas . . . shocking yet artful, Nies owns this story as if it were autobiography…”
--Megan Marshall, Radcliffe Magazine


“If you're headed to Las Vegas for vacation, pack this book along. In between visits to the giant pyramids and faux Manhattans, read it to get a real understanding of exactly how fragile this mirage is.”
—Bill McKibben, author Wandering Home: A Long Walk Across America's Most Hopeful Landscape and founder, 350.org 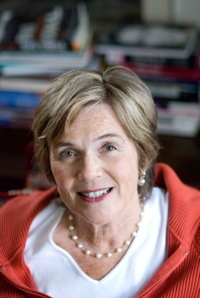 Judith Nies is the award-winning author of four nonfiction books- In addition to Unreal City: Las Vegas, Black Mesa and the Fate of the West (2014) The Girl I Left Behind: A Personal History of the 1960s, Nine Women: Portraits from the American Radical Tradition, and Native American History: A Chronology, which won the Phi Alpha Theta prize in international history. Nies’s journalism, book reviews, and essays have appeared in the New York Times, The Boston Globe, Orion, Harvard Review, Women’s Review of Books, and American Voice. She lives in Cambridge, Massachusetts.