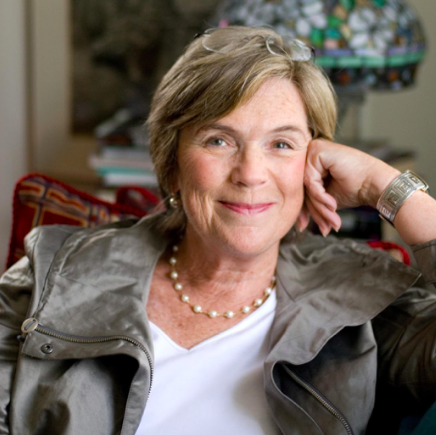 Judith Nies is the award-winning author of four nonfiction books- In addition to Unreal City: Las Vegas, Black Mesa and the Fate of the West (2014), The Girl I Left Behind: A Personal History of the 1960s, Nine Women: Portraits from the American Radical Tradition, and Native American History: A Chronology, which won the Phi Alpha Theta prize in international history. Nies's journalism, book reviews, and essays have appeared in the New York Times, The Boston Globe, Orion, Harvard Review, Women's Review of Books, and American Voice. She lives in Cambridge, Massachusetts. 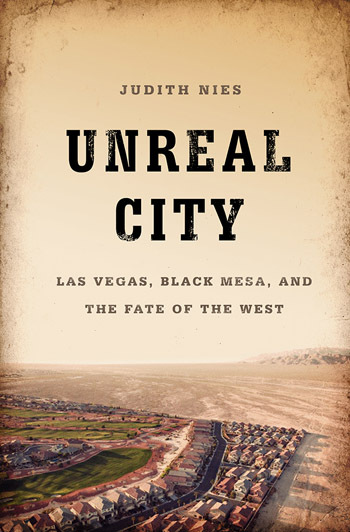 When author Judith Nies was invited to a glamorous movie-star event in Phoenix, she thought it was a celebration of the art and ancient history of the Hopi Indians. Why, she wondered, did the reception include the executives from some of the largest mining, construction and utility companies in America? Why did Senator Barry Goldwater turn on his heel and abruptly walk away when she was introduced to him as a former congressional speechwriter. Why were a group of Navajo Indians demonstrating outside the Valley National Bank building during the opening press conference?

An epic struggle over land, water, and power was underway on 4,000 square miles of northern Arizona's Black Mesa and in the halls of Congress. Black Mesa held the largest untouched coal deposit in the United States. To the outside world, it was a struggle between two fractious Indian tribes; to political insiders and the energy corporations it was a divide and conquer play for access to the 21 billion tons of coal that lay beneath the Hopi and Navajo lands. The coal was to be used to provide the energy for air-conditioning and to pump water into Phoenix, Los Angeles, and Las Vegas.

Today, forty years later, these same desert cities are in the midst of a "megadrought" with three-digit temperatures and slashed water supplies. Photographs on the national news show the cracked, dried-up lake bed of Lake Mead, the world's largest reservoir and a source of water for forty million people. For the first time in history the US government has had to cut water supplies from the Colorado River. Because of climate change, the slow-melting snowpack in the Rockies that channeled to the mighty Colorado River has turned to widely dispersed rain. The same mining, construction, and development companies that sold America a "desert miracle" are now spending billions to convince us that climate change is not happening, that coal can be "clean," and we can pipe water down from the rivers of northern Canada. UNREAL CITY poses challenging questions about our gambling habits in an age of limits.

Available from:
Amazon
Barnes and Noble
& Local Booksellers
Available as hardback and e-book

"Nies' great triumph is to emphatically bring the "bloody nuisance" of the story behind the growth of the West to the public eye. Her book is essential reading for those seeking to understand the largely hidden history and the forgotten deals and injustices that keep Las Vegas and Los Angeles glimmering."
– HECTOR TOBAR - Los Angeles Times Book Review
Read the Full Review

"Meticulously researched… Nies's persuasive argument and thorough investigative journalism make Unreal City a superbly revealing and deeply troubling book. . . it is difficult to imagine a writer better situated to reveal the hidden and often shameful connections between 'Wall Street, Washington, and the West.'"

"We know the story of the men who built Las Vegas, but what about the industrialists who supplied its energy? "Unreal City" by Judith Nies is a four-decade long investigation into a battle for the rights to 21 billion tons of coal beneath Black Mesa in Arizona, an area that was once divided between the Hopi and Navajo tribes. The story of how the government evicted the Native Americans to power the cities of the Southwest is a gripping, occasionally nauseating insight into how Las Vegas was made -- and how it just might be undone."
– Bloomberg News, One of 10 Best Nonfiction Books, Summer 2014

"What makes Nies' approach even more persuasive is the fact she's willing to bloody the noses of the limousine environmental crowd that usually comes away unscathed when studies of the plundering of the West are written. . . This is the real American hustle."
John L. Smith, Las Vegas Review- Journal

"Nies concludes we're in the climate casino now. Who will win? Who will pay?"
– Sharman Russell, On Earth Magazine

"If you're headed to Las Vegas for vacation, pack this book along. In between visits to the giant pyramids and faux Manhattans, read it to get a real understanding of exactly how fragile this mirage is." 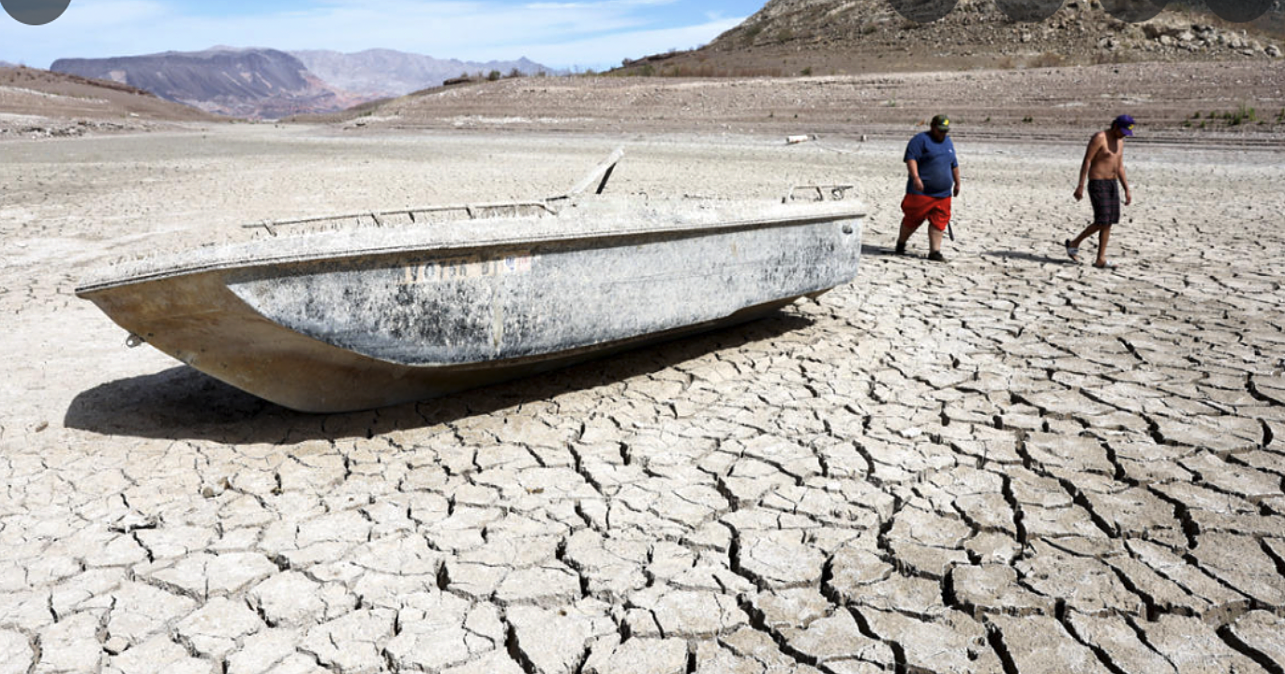 The cracked, dried-up lake bed of Lake Mead, the world's largest reservoir and a source of water for forty million people.

The Desire of the Country
- Solstice Literary Magazine

"This country is in a state of bewilderment that cries out for good history."
– Marilyn Robinson.

I first went to Holland in the summer of 1976. It was an impulsive trip motivated by a KLM Airlines lottery ticket that I won for $176. The price echoed the numbers in the bicentennial anniversary of the American War for Independence (1776)....

The smiling face of Steven Bechtel Jr. recently appeared in a full-page photo in the Sunday New York Times. "Thank you, Steve," read the caption. "For eight decades you inspired us with your character and your achievements." ...

The Water Crisis in the Southwest
- The New York Times

Aug 18, 2022 — Judith Nies Cambridge, Mass. The writer is the author of "Unreal City: Las Vegas, Black Mesa and the Fate of the West."

Re "The Coming Crisis on the Colorado River," by Daniel Rothberg (Sunday Opinion, Aug. 7):

The spigot that turns on water for Lake Mead and Lake Powell reservoirs resides high in the mountains of Colorado where dense snowpack builds up during the winter and melts slowly during the summer. Snowmelt runoff, unlike rainfall that becomes widely dispersed, is channeled into creeks and small streams that eventually combine and funnel into the Colorado River. The snowpack is disappearing.

Ten years ago I was at Lake Mead's now-disappeared Overton Beach Marina and read a sign on a palm tree that said, "Boat Slips Available." Behind it was a vast landscape of dry and cracked lake bed. The "coming crisis on the Colorado River" has been arriving for some time now.

For decades people in the urban Southwest have been living off federal money for subsidized water, with dams, aqueducts and pumping systems watering hundreds of golf courses, a swimming pool for every house and citrus groves in the desert.

When the water level of Lake Mead reaches 1,042 feet above sea level, as it did recently, this false idea of a "desert miracle" confronts the true reality of a "dead pool" and the meaning of climate change.

Judith Nies
Cambridge, Mass.
The writer is the author of "Unreal City: Las Vegas, Black Mesa and the Fate of the West."